Russia has warned it would quickly take “retaliatory measures” if the US and its allies reject its security demands and continue their “aggressive” policies, ratcheting up pressure on the West amid concerns that Moscow is planning to invade Ukraine.

Russia has repeatedly denied it has any such designs, but the United States and its Nato allies are worried because Russia has massed an estimated 100,000 troops near Ukraine’s border and launched a series of sweeping military manoeuvres.

As part of the drills, motorised infantry and artillery units in southwestern Russia trained firing live ammunition, warplanes in Kaliningrad on the Baltic Sea performed bombing runs, dozens of warships sailed for training exercises in the Black Sea and the Arctic, and Russian fighter jets and paratroopers arrived in Belarus for joint war games.

At the heart of the standoff are questions about Ukraine’s future: Russia has demanded guarantees that Nato will never admit the country and other ex-Soviet nations as members and that the alliance will roll back troop deployments in other former Soviet bloc countries.

Some of these, like the membership pledge, are non-starters for Nato, creating a seemingly intractable stalemate that many fear can only end in a war.

Speaking to politicians on Wednesday, Russian foreign minister Sergei Lavrov said he and other top officials would advise President Vladimir Putin on the next steps after receiving written replies from the US to the demands.

Those answers are expected this week, even though the US and its allies have already made clear they will reject the top Russian demands.

“If the West continues its aggressive course, Moscow will take the necessary retaliatory measures,” he said.

While Russia is currently waiting for the American reply, Mr Lavrov indicated it would not wait forever, adding: “We won’t allow our proposals to be drowned in endless discussions.”

He mocked fears of an imminent invasion, saying that “our Western colleagues have driven themselves up into a militarist frenzy”, adding that “the Ukrainian elite itself has grown a bit scared by the Western scare”.

Asked by politicians if Russia could expand military co-operation with Cuba, Venezuela and Nicaragua, Mr Lavrov responded that Moscow had close ties with these countries and was seeking to deepen them.

He noted that Mr Putin had spoken by phone with the three nations’ leaders last week and they had agreed to “consider ways of further deepening our strategic co-operation”.

Earlier this month, Mr Lavrov’s deputy pointedly refused to rule out the deployment of Russian military assets to Cuba and Venezuela – far closer to the US than Ukraine – if Moscow’s security demands were not met.

Nato said this week it was bolstering its deterrence in the Baltic Sea region and the US ordered 8,500 troops on higher alert for potential deployment to Europe. Western nations have also sent planeloads of weapons to help Ukraine strengthen its defences.

Ukrainian officials have sought to calm nerves amid the escalating tensions.

Ukraine’s foreign minister Dmytro Kuleba said on Wednesday that while the concentration of Russian troops near Ukraine posed a threat, “their number is now insufficient for a large-scale offensive”.

“They are still missing some key military elements and systems to mount a big, full-scale offensive,” Mr Kuleba told reporters.

He noted, as others have, that causing alarm could be an end in itself, saying that Russia hoped to destabilise Ukraine by “spreading panic, raising pressure on Ukraine’s financial system and launching cyberattacks”.

“President Putin would be happy to see that plan succeed so that he doesn’t even need to turn to military force to put Ukraine in a vulnerable position,” he said.

His comments were the latest from Ukrainian officials who have sought to reassure their citizens.

Speaking late on Tuesday in the second televised speech to the nation in as many days, President Volodymyr Zelenskyy said Ukraine was “strong enough to keep everything under control and derail any attempts at destabilisation”.

Amid the tensions, the US, Britain, Australia, Germany and Canada have moved to withdraw some of their diplomats and dependents from Kyiv, a move that Mr Zelenskyy sought to play down on Tuesday as part of a “complex diplomatic game”.

On Wednesday, the US Embassy in Kyiv urged all US citizens visiting Ukraine to consider leaving the country now, pointing out that the security situation “continues to be unpredictable due to the increased threat of Russian military action and can deteriorate with little notice”.

Several rounds of high-stakes diplomacy have failed to yield any breakthroughs in the standoff, but another attempt was going forward on Wednesday.

Presidential advisers from Russia, Ukraine, France and Germany were set to meet in Paris to discuss ways to revive a stalled peace agreement for eastern Ukraine.

In 2014, following the removal of a Kremlin-friendly president in Kyiv, Moscow annexed Ukraine’s Crimean Peninsula and threw its weight behind a separatist insurgency in the country’s eastern industrial heartland.

Fighting between Ukrainian forces and Russia-backed rebels has killed over 14,000 people, and efforts to reach a settlement have stalled.

In addition to the military moves, the US and its allies have threatened sanctions if Moscow sends its troops into Ukraine, but they have given few details, saying it is best to keep Mr Putin guessing.

US president Joe Biden told reporters on Tuesday that Mr Putin “continues to build forces along Ukraine’s border”, and an attack “would be the largest invasion since the Second World War. It would change the world.” He warned that there would be serious economic consequences for Mr Putin, including personal sanctions, in the event of an invasion.

Asked to comment on Mr Biden’s statement, Mr Peskov pointed out that the Russian president and other top officials did not have assets in the West but reaffirmed that such US sanctions would be “politically destructive” for bilateral ties.

Britain is also promising sanctions, and Foreign Secretary Liz Truss has urged European nations to do more to support Ukraine.

The UK has sent anti-tank weapons to Ukraine, although it has ruled out sending combat troops.

“We’ll be legislating to toughen up our sanctions regime and make sure we are fully able to hit both individuals and companies and banks in Russia in the event of an incursion,” she said.

“What’s important is that all of our allies do the same.”

Amid the soaring tensions, the US, Britain, Australia, Germany and Canada have also moved to withdraw some of their diplomats and dependents from Kyiv. 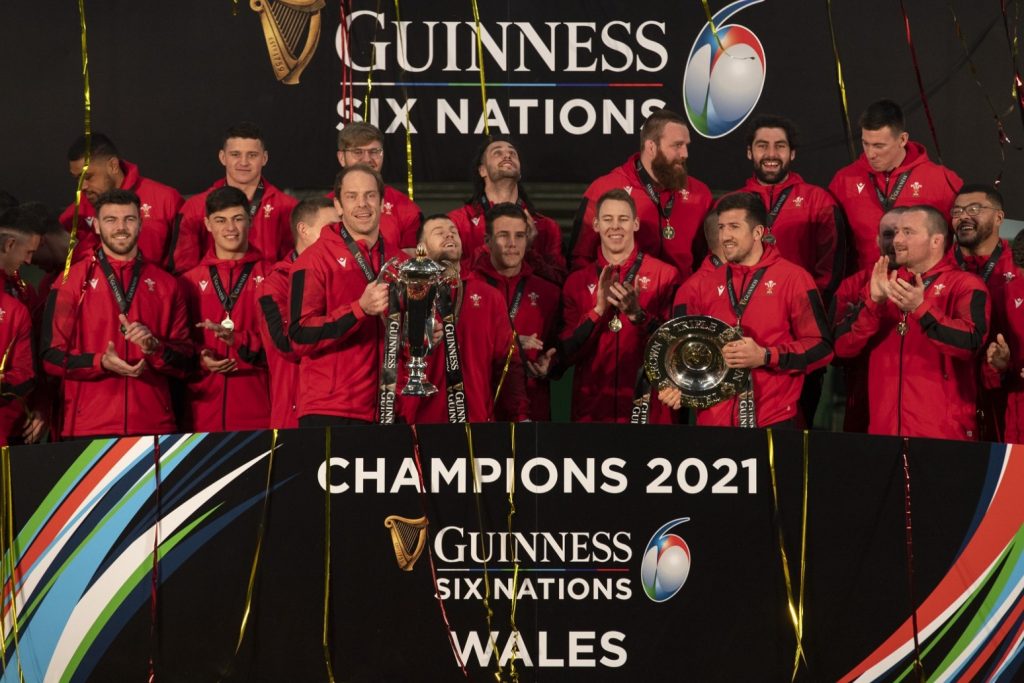 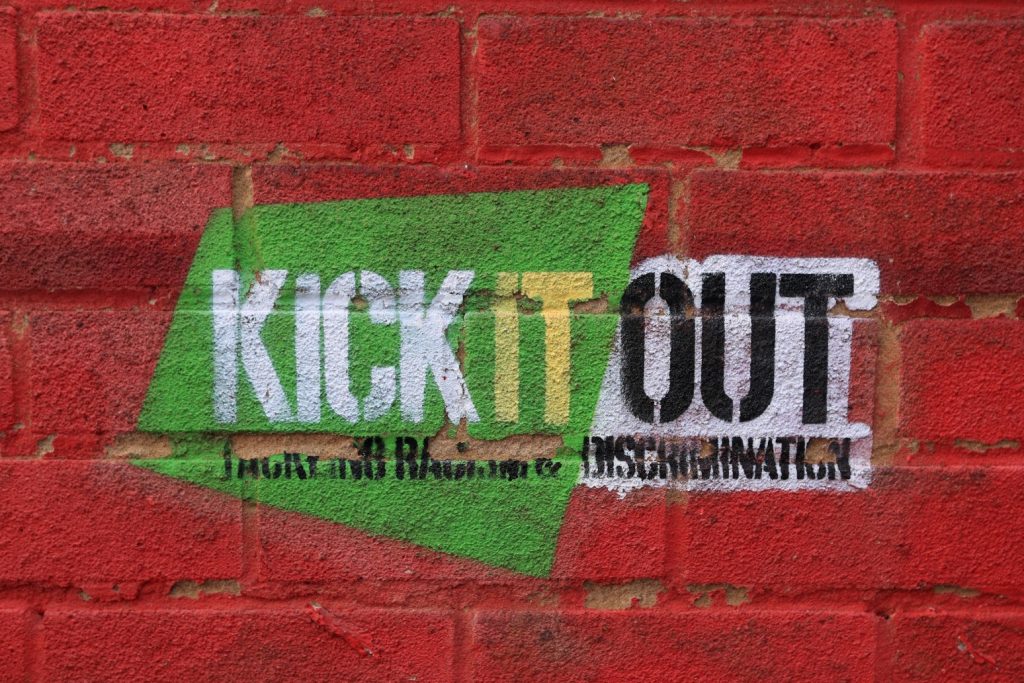