Benedict Cumberbatch has said he is “deeply humbled and grateful” for his Bafta nomination for The Power Of The Dog.

The star, 45, is nominated in the leading actor category for his performance as a troubled rancher in the Western psychological thriller set in 1920s Montana.

He said in a statement to the PA news agency: “The journey to play Phil Burbank took me a long way from anything familiar to me and this recognition of that work feels like completing the circle and coming home.

“I’m also thrilled and proud as punch for our amazing leader Jane and the film’s nominations and also for the recognition of my brilliant friends Jesse and Kodi.”

Smit-McPhee added: “Thank you so much Bafta for supporting our film through these nominations.

“I’m humbled and beyond grateful that my performance has resonated with them to this capacity, and I’m so excited to see that Jesse’s (Plemons) incredible work has been recognized in the same category as well.”

Producers Iain Canning and Emile Sherman from See-Saw Films, one of the production companies behind film, said: “We are incredibly grateful for today’s Bafta nominations, and thrilled that The Power Of The Dog is connecting with audiences as well as our community of filmmakers around the world.

“Working with (director) Jane Campion is inspirational. Her storytelling feels so vital and in The Power Of The Dog she has created a bold new take on classic cinema.

“We are also grateful for the nuanced and engrossing performances by Benedict Cumberbatch, Kodi Smit-McPhee and Jesse Plemons which elevate every scene, as do all our incredible crew, including extraordinary cinematographer Ari Wegner.”

The film has received the second highest overall number of nominations with eight, behind sci-fi epic Dune, which has 11.

The 64-year-old composer said: “We are the Dune Band of musicians. There is no call of Denis’ we do not answer. There is no idea of his we don’t explore.

“And congratulations to Denis on his nominations and inspiring us with the heart of a poet and the sensibilities of an artist.

“I am honoured by Bafta, and see it not as recognition for me, but for some of the finest, most committed, and reckless Band of musicians and Artists in the galaxy.

“Led by the redoubtable Denis Villeneuve, how could we fail?”

Sir Kenneth Branagh hailed the six Bafta nominations for his film Belfast, a coming-of-age tale set during The Troubles in Northern Ireland.

He said: “Bafta’s recognition for Belfast is an amazing tribute to a remarkable part of the world.

“This news on top of the incredible box office support from UK cinema audiences is truly fantastic. We are humbly and delightfully gobsmacked!”

Joanna Scanlan said she was “jumping for joy” after securing her first Bafta nomination, in the leading actress category for her performance in After Love.

The film, directed and written by Aleem Khan in his feature-length debut, sees her playing a widow who discovers her late husband’s secret family. It has four nominations.

She told the PA news agency: “I am absolutely jumping for joy. It is beyond what I could have ever have imagined.

“There is something about it. I have got on the one hand this feeling you are in the past, because you are looking at the film, making the film and all that has gone into it. And on the other hand it is a pivotal moment where you think, ‘But what does this mean for the future?’

“When you are 60 years old it feels like that horizon has moved. The horizon has gone a little bit further into the distance and I am hoping that I am going to get a new lease of life.”

Scanlan said she had video-called Khan who was celebrating with a glass of champagne, and added: “It is wonderful for everybody who has been part of this film because they are quite straightforwardly the best crew I have ever worked with.”

Similarly, director and writer Khan, 36, has said he is “absolutely delighted” that his film After Love received four nominations.

He added: “This is my first film and to receive this level of support and recognition from the industry is incredibly humbling.

“I am thrilled for Joanna on her leading actress nomination and I would like to thank BAFTA, its members and the juries who have watched and voted in the various categories and recognised our film.”

Mass star Ann Dowd said she was “stunned” to receive a Bafta nomination in the supporting actress category.

She said: “With all my heart, thank you to Bafta for this acknowledgment. I received this wonderful news early this morning as I sent my boy off to school. I’m now sitting on the couch, stunned, with a large smile on my face.

“Mass is a movie with a very small budget. We filmed it in a little town in Idaho in two weeks, mostly in one room. We worked as one and making this film was one of the most profound experiences of our lives.

“A deep thank you to our UK distributor Sky and our US distributor Bleecker Street for believing in this film and having the courage to get it out in the world.

“Thank you for this beautiful honour.”

In a tweet, he said of its two nominations for Outstanding British Film and Best Sound: “Neither would be possible without the incredible efforts of an outstanding cast and crew, who we owe everything too. Thanks to all who voted for us.

“And a special shout out to the Sound Team on #LastNightInSoho led by my longtime colleagues: Colin Nicolson, Julian Slater, Tim Cavagin and Dan Morgan. The long hours paid off. I’m so proud of you.”

Actress Jessie Buckley, who earned a Bafta best supporting actress nomination for her role in The Lost Daughter, said of her nomination: “Making this film surrounded by these incredible women was an absolute gift. I’m so grateful for every second of it and to Bafta for this recognition of The Lost Daughter.”

Belfast star Caitriona Balfe, who is nominated alongside Buckley, said: “Thank you so much to Bafta for this nomination.

“This film, this story, is such a beautiful exploration of love, kindness and the need for tolerance at a time when it’s needed more than ever. I am so grateful to Ken (Sir Kenneth Branagh) for entrusting me with playing Ma.

“And to be nominated alongside this wonderful group of actresses truly is an honour.”

Her Belfast co-star Ciaran Hinds, who is nominated in the supporting actor category, said: “I’m quietly thrilled and genuinely grateful, not only about my nomination but for all the nominations the film has received from Bafta.”

Actress Emilia Jones, who played the leading role in film Coda, was “blown away” to learn she had been nominated for a Bafta.

The 19-year-old told the PA news agency she was asleep during the live announcement because “never in a million years” did she think she would be considered “against such talented nominees”.

Jones, who is up for leading actress alongside Lady Gaga, Joanna Scanlan and Tessa Thompson, said: “I’m just so grateful that people loved Coda because I did work so hard. I was 17 when we shot so I had a big, big work load for 17, so it’s nice people are being so lovely.

“I trained for nine months with American Sign Language and had singing lessons too because I loved singing, but I’d never had a singing lesson before, but I also had to learn how to fish, so I’d wake up at 3am every morning for two weeks and we’d go out three miles at sea and catch fish for hours and hours, and the Massachusetts accent, I had to learn that too.

“My dad (Welsh singer Aled Jones) text my mum, ‘what the hell she’s done it’. They’re so supportive and they’ve sacrificed a lot for me to do this so I’m very grateful to have them.

“You always have to make sacrifices… there have been times for me where I have been invited to things with my friends and I haven’t gone because I wanted to work and better myself as an actor and focus on my auditions. You say no more than you say yes but you shouldn’t let it get you down.”

The British Film Institute (BFI) marked the success of films it backed during development, including After Love from writer and director Aleem Khan.

Mia Bays, director of the BFI Film Fund, said: “We send our congratulations to all today’s 2022 Bafta nominees, but we are feeling especially proud of the brilliant BFI-backed titles that have been recognised today.

“The recognition of films that offer fresh perspectives and rarely-seen representations show the industry is not just embracing but celebrating difference.

“We’re thrilled for the filmmaking teams – the nominations are thoroughly deserved.

“It has been an incredibly tough period in which to get a film made and so it feels like a monumental achievement for them to get to this stage, and credit too to the BFI Film Fund team who have supported them throughout the unusually difficult journey.” 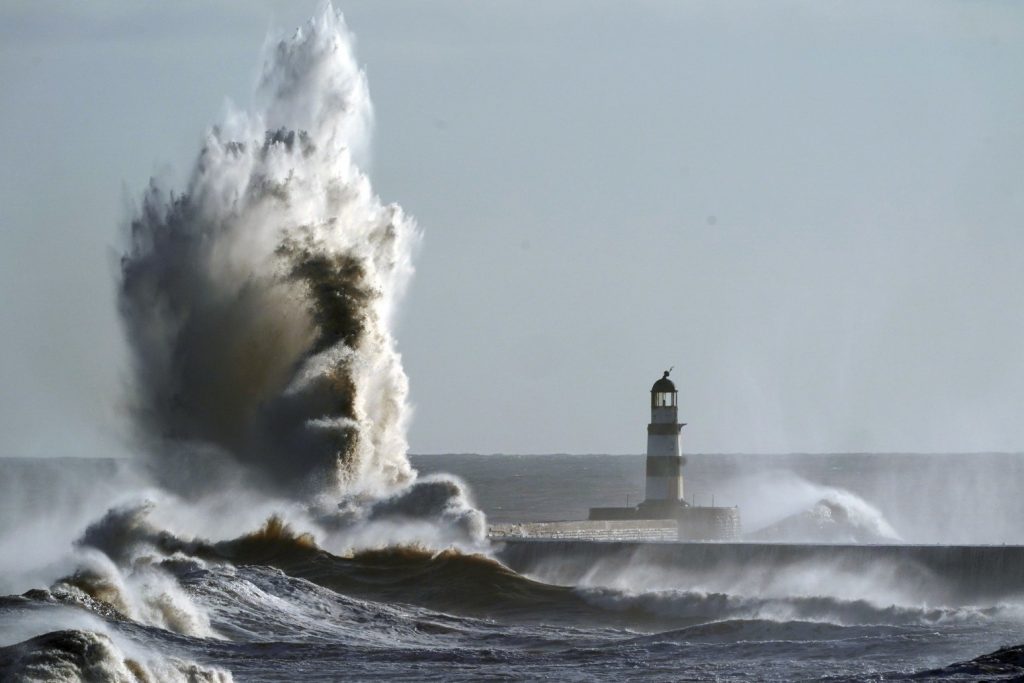 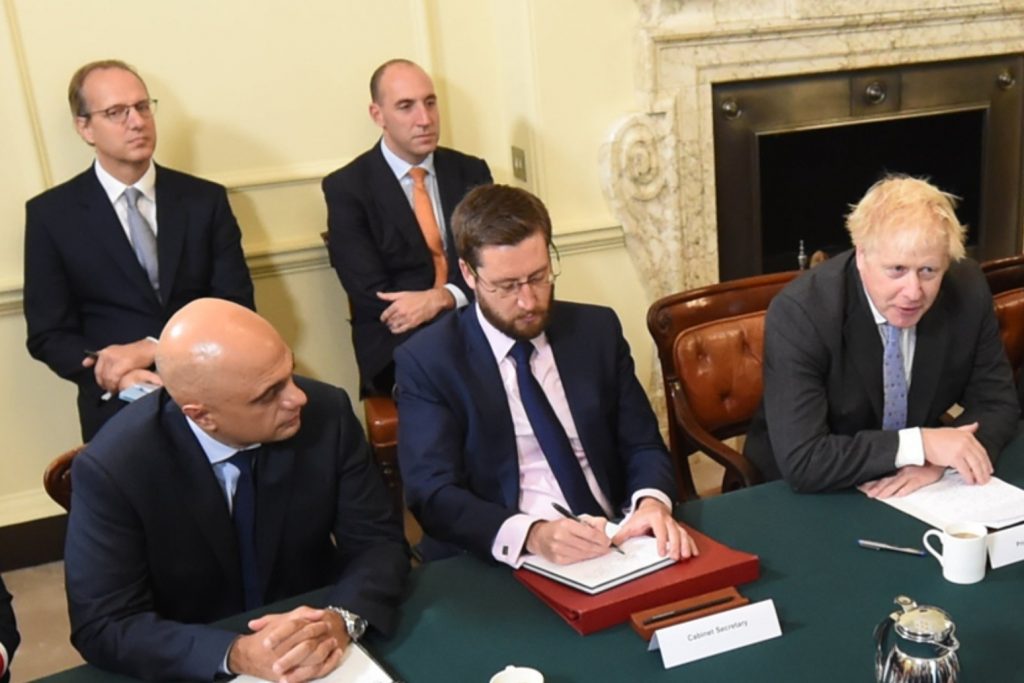