Boris Johnson was facing a possible fine for breaching coronavirus laws after police formally demanded answers from the Prime Minister over partygate allegations.

Downing Street confirmed on Friday night that Mr Johnson had received a legal questionnaire from Metropolitan Police officers investigating events in No 10.

The Prime Minister now has seven days to adequately explain his attendance or face a fine for breaking his own Covid regulations, which would deepen this crisis surrounding his leadership.

Scotland Yard says the questionnaires ask for an “account and explanation of the recipient’s participation in an event” and have “formal legal status and must be answered truthfully”.

A No 10 spokeswoman said: “We can confirm the Prime Minister has received a questionnaire from the Metropolitan Police. He will respond as required.”

Mr Johnson has denied any wrongdoing, but he is alleged to have been at up to six of the 12 events being investigated as part of Operation Hillman.

Downing Street would not say whether the letter was questioning the Prime Minister over one or more events.

Among them, Mr Johnson has admitted attending a “bring your own booze” party in the No 10 garden in May 2020 during the first lockdown, but insisted he believed it would be a work event.

He also allegedly attended a gathering organised by his wife Carrie Johnson in the official Downing Street residence, during which Abba songs were reportedly heard on the November 2020 night of Dominic Cummings’ departure as chief adviser.

Mr Cummings tweeted: “great work tory mps leaving this crippled joke of a pm spending next 7 days bunkered down with lawyers trying to remember all his different lies while another major global crisis unfolds.”

More than 50 individuals across Downing Street and wider Government are expected to receive questionnaires.

Outgoing Met Police Commissioner Dame Cressida Dick this week suggested some of those being contacted by officers will end up with fines.

“Clearly, some, but probably not all, of those people may very well end up with a ticket,” she told BBC Radio London.

Former Conservative leader Sir Iain Duncan Smith has said it would be “very tough” for Mr Johnson to cling on to power if he is fined.

“It will be difficult, he knows that,” the senior MP said in an interview with the i newspaper.

Sir Iain added: “If you’ve set the laws, and you break them and the police decide you have broken them… and then there’s the unredacted (Sue Gray) report – the two things will come together.”

Fifteen Tory MPs have publicly called for Mr Johnson to go, while more are thought to have privately written to the 1922 Committee of backbench Tories calling for a no confidence vote.

More still are poised to do so if the Prime Minister is found to have broken his own coronavirus laws, or further damaging details emerge from the Sue Gray inquiry.

He will face a vote of no confidence if 54 Conservatives write to 1922 Committee chair Sir Graham Brady, and would be ousted if more than half of his MPs subsequently voted against Mr Johnson.

Tobias Ellwood, one of the Conservative MPs to have written a letter, told BBC Newsnight: “We need to get this resolved. The nation is looking at this. There’s a massive level of trust to be regained. We need to move forward, this is a mess.”

The questionnaire was also dispatched during a difficult time for the Met, with Dame Cressida having been pressured into announcing her resignation after a series of scandals.

Her replacement will be chosen by Home Secretary Priti Patel, though London Mayor Sadiq Khan’s views should also be consulted.

Another senior Tory is pressuring Boris Johnson to resign if the Metropolitan Police conclude he broke Covid regulations.

Sir Iain Duncan Smith told the i newspaper the PM would find it “very tough” to hold onto his post if the force fine him.

The ex-Tory leader added: “I think it would be very tough for anyone to remain after that. If you’ve set the laws, and you break them and the police decide you have broken them… and then there’s the unredacted (Sue Gray) report – the two things will come together.”

The Tory MP’s comments were echoed by the Tory chair of the Commons Justice Committee, Sir Bob Neill.

He told Times Radio: “The regulations do create an offence for which you get a fixed penalty notice, (but) I think it will be very difficult for anyone to be in the position of the country’s principal lawmaker, and then break a law which they themselves had brought into force, and in particular, very much preached to other people to stick to. You can’t have double standards.”

Sir Iain and Sir Bob’s remarks come after reports emerged earlier this week that Mr Johnson’s allies supposedly said he would refuse to stand down if the police inquiry finds he broke the law.

In a speech delivered at the Institute of Government, Sir John appeared to suggest Tory MPs should withdraw support for the PM, adding: “At No 10, the Prime Minister and officials broke lockdown laws. Brazen excuses were dreamed up.

“Day after day the public was asked to believe the unbelievable. Ministers were sent out to defend the indefensible – making themselves look gullible or foolish.

“Collectively, this has made the Government look distinctly shifty, which has consequences that go far beyond political unpopularity.”

The former PM went on: “The lack of trust in the elected portion of our democracy cannot be brushed aside. Parliament has a duty to correct this.

“If it does not, and trust is lost at home, our politics is broken.”

Last month, his fellow former PM Theresa May led a very public attack on Mr Johnson in the House of Commons.

Her speech, delivered in the hours after the heavily censored Gray report was released, said Mr Johnson and his staff did not think Covid rules applied to them.

Ms May added: “What the Gray report does show is that Number 10 Downing Street was not observing the regulations they had imposed on members of the public, so either my right honourable friend had not read the rules or didn’t understand what they meant and others around him, or they didn’t think the rules applied to Number 10. Which was it?”

Following the delivery of a legal questionnaire from the Met to Downing Street on Friday, Mr Johnson reiterated his denial of wrongdoing.

The PM is alleged to have been at up to six of the 12 events being investigated as part of Operation Hillman.

Downing Street would not say whether the letter was questioning the Prime Minister over one or more events.

The PM is alleged to have been at up to six of the 12 events being investigated as part of Operation Hillman.

Tobias Ellwood, one of the Conservative MPs to have written a letter, told BBC Newsnight: “We need to get this resolved. The nation is looking at this. There’s a massive level of trust to be regained. We need to move forward, this is a mess.” 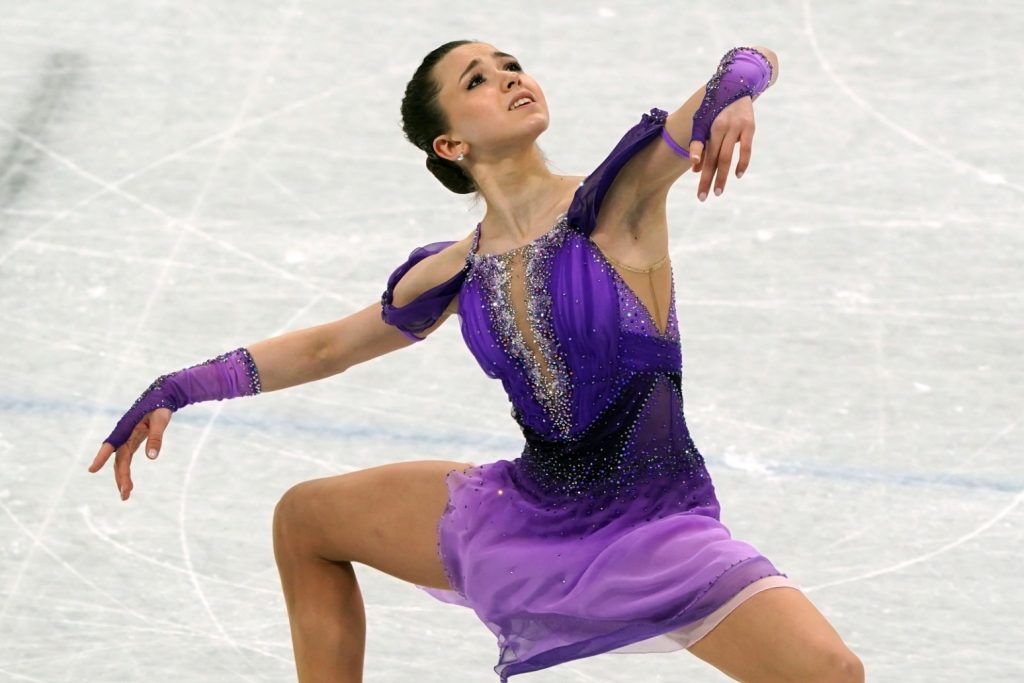 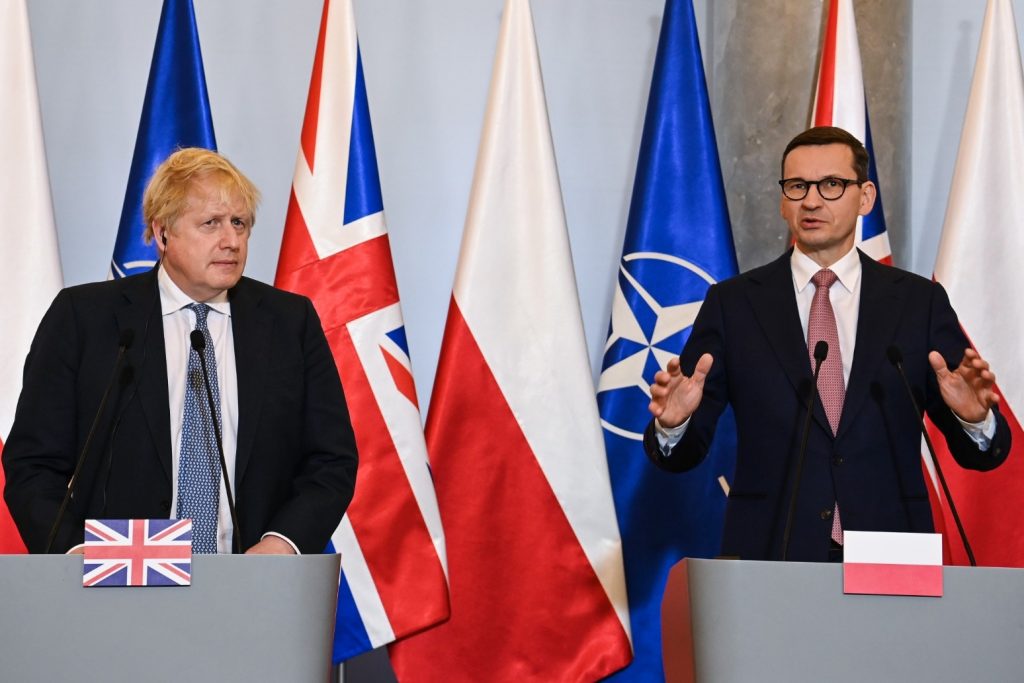