Politicians in Ukraine have approved a nationwide state of emergency amid fears of an all-out Russian invasion.

The state of emergency allows authorities to impose restrictions on movement, block rallies and ban political parties and organizations “in the interests of national security and public order”.

The move follows Russian President Vladimir Putin’s move on Monday to recognise the independence of rebel regions in eastern Ukraine, where the nearly eight-year conflict has killed over 14,000.

Mr Putin has sanctioned the deployment of Russian troops there to “maintain peace” and received a parliamentary approval to use military force outside the country.

Ukrainian authorities have repeatedly voiced concern that Russia could try destabilize the country by relying on Moscow supporters inside the country, including a pro-Russia political party represented in parliament.

The document also bans “information materials that could destabilize the situation in the country”, and gives government the right to impose curfews and conduct checks. 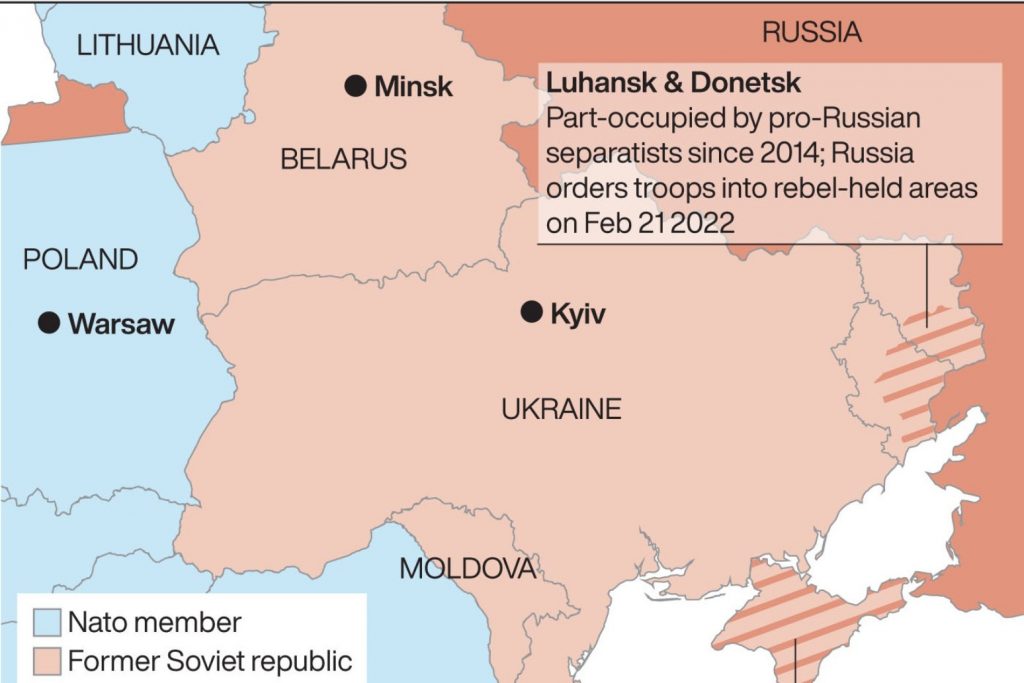 Duke of Sussex issues libel claim against publisher of The Mail