Joe Biden has rounded off the St Patrick’s Day celebrations in Washington with an emphatic warning that the Good Friday Agreement “cannot change”.

Appearing at the traditional shamrock ceremony in the White House, Mr Biden made an impassioned plea that the Good Friday Agreement be protected amid the ongoing back-and-forth between the UK and the EU over post-Brexit arrangements for Northern Ireland.

US President Joe Biden, speaking while Taoiseach Micheal Martin appeared virtually due to a Covid-positive test, directly addressed the ongoing negotiations over the Northern Ireland Protocol and the political instability in the region.

Speaking about the relationship between Ireland and the US, he said: “Our nations both are deeply committed to protecting the hard-won gains of peace in Northern Ireland. The Good Friday Agreement has been the foundation of peace and prosperity in Northern Ireland for nearly 25 years.

Amid resounding applause, he said he had made that point to UK Prime Minister Boris Johnson, whom he described as a “friend”.

Mr Biden said all sides “must continue to resolve challenges over the implementation of (the) Northern Ireland Protocol”.

“The United States stands ready to work with all the communities of Northern Ireland to ensure its extraordinary economic potential and ensure that it’s realised, and we look forward to supporting the next Northern Ireland Executive after the upcoming Assembly elections, which are on their way.”

Those elections will be held in May, at a time of considerable uncertainty about the future direction of politics in Northern Ireland.

“History has proven that with the people of Northern Ireland, our leaders can accomplish when they work together,” Mr Biden told the audience at the ceremony.

Earlier, Mr Martin spoke of his disappointment at being unable to meet face-to-face with Mr Biden on St Patrick’s Day after contracting Covid.

Mr Martin was speaking as it emerged he may have to stay in the US for up to 10 days, although he insisted he will keep working while in Washington.

Speaking to the media virtually from self-isolation, Mr Martin said: “I feel good. Of course, I’m disappointed personally but it’s not the end of the world.

“I have to keep things in perspective – that is important in the context of what is happening across the world today.

“I don’t believe the meeting was in any way impaired as a result of this. It was a very warm meeting and it went on longer than anticipated by officials on both sides.

During the virtual meeting earlier in the day, Mr Biden hailed Irish leadership for its handling of the Ukrainian crisis.

Mr Biden, who identifies deeply with his own Irish heritage, was seated beside a traditional bowl of shamrock during the bilateral meeting.

He quoted Irish poet WB Yeats as he described the impact the Russian invasion of Ukraine has had on the world.

“All changed, changed utterly – a terrible beauty has been born,” he said.

Mr Biden said Irish leadership on the issue has been “noticeable and impressive”.

Both leaders condemned the invasion, with the Irish leader speaking about the need for a “unity of purpose”.

The leaders’ bilateral meeting lasted just over an hour.

The pair discussed the economy, Brexit and the Good Friday Agreement, the war in Ukraine and the undocumented Irish in the US.

Mr Martin reiterated the invitation for the President to come to Ireland, with Mr Biden saying he would love to visit Ireland again.

Mr Biden praised Ireland’s willingness to take in refugees, adding: “What Ireland is doing now, what you are doing, taking in Ukrainian refugees, speak so loudly about your principles.

“And it’s amazing and I want to publicly compliment you for it.

“I think you’ve already brought in over 7,000 or so refugees from Ukraine, and you’re prepared to do more, so thank you.”

The Irish premier, who appeared virtually from Blair House where he is staying, also thanked Mr Biden for the US’s backing of the Good Friday Agreement.

He praised the “steadfast support”, referencing how “important the Good Friday Agreement is in respect of stability and peace on the island of Ireland”.

He said: “Over the last number of days, as I’ve been here, we’ve also witnessed – once again – that two way, very robust economic relationship between the United States and Ireland.”

Mr Martin, appearing virtually for the second year in a row due to a positive Covid-19 test, said it was unfortunate he and Mr Biden could not meet face to face.

“This year, we’re meeting virtually across the road, so we’re getting closer,” he joked.

Mr Biden is profoundly proud of his Irish ancestry and has never been shy about his passion for the country, its history and its literature.

References to Irish poets pepper many of his speeches, with Mr Biden choosing to namecheck the late Eavan Boland during a speech at the Ireland Funds Gala dinner in Washington on Wednesday evening.

It was at the same event that the Taoiseach was notified of the positive Covid-19 result just as he was due to speak.

Mr Martin appeared in good spirits during his appearance on-screen.

An Irish Government spokesperson said earlier on Thursday that the Taoiseach was “feeling well”.

He said Mr Martin received a negative Covid test result on Wednesday afternoon, but a further test was carried out when one of his delegation tested positive.

This resulted in a positive test for the Taoiseach.

Speaking later on Thursday, Mr Martin confirmed he will remain in Washington and continue working while he recovers from Covid.

A source said he will follow US Covid-19 guidelines which could result in no international travel for 10 days.

This means he would be unable to attend a Covid commemoration event in Dublin on Sunday.

He said: “We had our cabinet meeting which I chaired from the embassy at the commencement of the week. Little did I think that I would have another cabinet meeting from here next week, but that is the way it is.

“I will continue to work, we will manage this and I will be in daily contact with my colleagues and officials, particularly in respect of the response to the humanitarian crisis in Ukraine.

“I will keep working, I feel good and we will take it day by day and step by step.”

Earlier on Thursday, the speaker of the House of Representatives Nancy Pelosi said Mr Martin was not wearing a mask during part of their interaction at the Ireland Funds Gala event.

She sat next to the Taoiseach moments before he was told he had tested positive for Covid-19.

Ms Pelosi was about to make an award to Mr Martin, but Irish ambassador Dan Mulhall accepted the award instead, and confirmed to guests that Mr Martin had tested positive.

“The Taoiseach had a mask on when he sat down but then when he started to eat, he took off the mask and then they called him aside,” Ms Pelosi said on Thursday.

“I didn’t know why. But some time later when it was my turn to speak, they told me how we would proceed and that he would not be speaking.

“I wasn’t measuring it in minutes, but part of it was masked, some of it while he was eating but it was during the appetiser that they took him away.”

She said she is tested for Covid “almost every day” and before any time she sees Mr Biden.

“I was so very sorry to learn of this news breaking while the Taoiseach was busy representing Ireland in the United States leading up to our National Day,” Mr Higgins said in a statement.

“I know that this work is continuing as he takes the necessary steps following his positive test.

“I wish the Taoiseach a speedy recovery and also wish him further success with the continuation of his programme in Washington, and in overcoming the necessary constraints involved.

“Sabina joins me in sending our good wishes to the Taoiseach and to his wife, Mary. 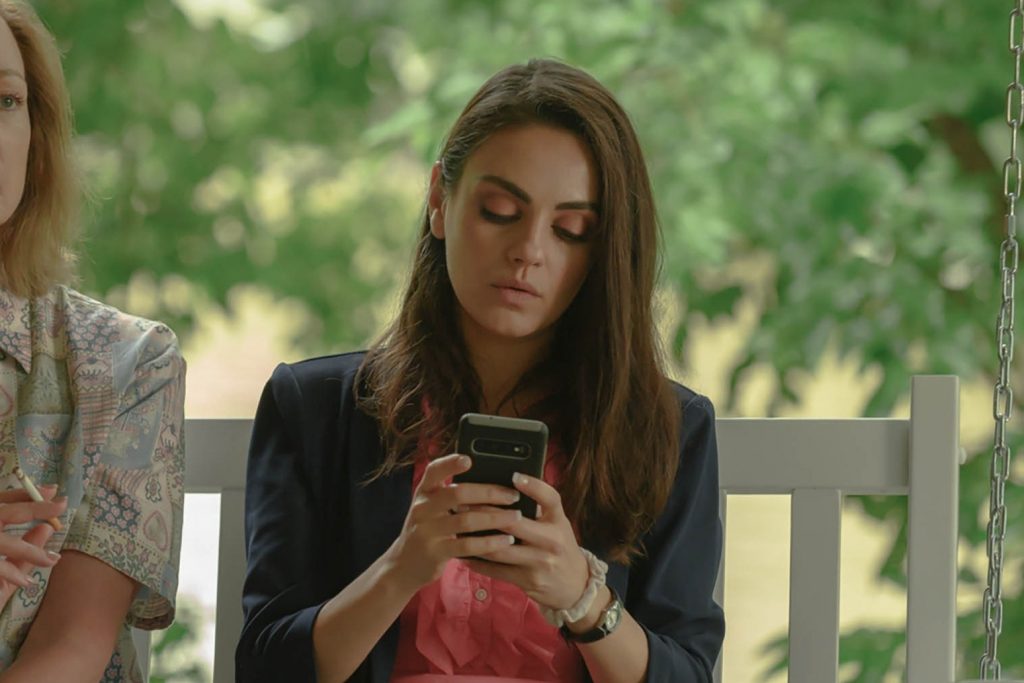 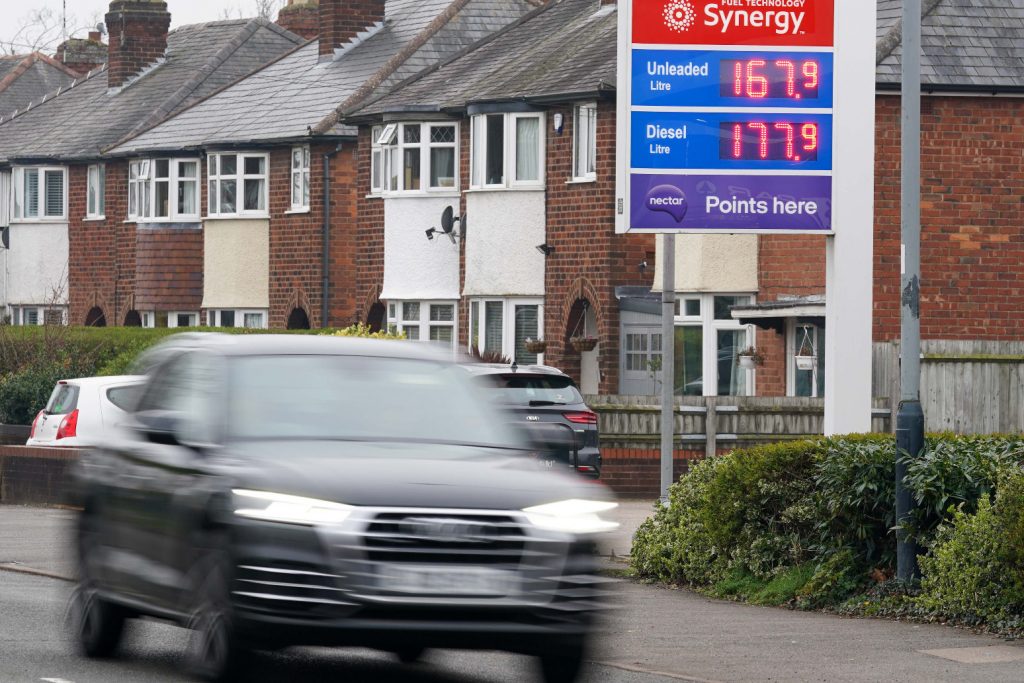