It would be a magnificent achievement

Old enough to know his limitations, yet still young enough to exceed them, Frankie Dettori has one wish this summer – to ride a Royal Ascot winner for the Queen.

Of course, these are early days where hope is unbridled. The first of the Classic trials are barely out of the gates, scarcely a bubble burst.

Yet he dares to dream and why not? For if anyone has a penchant for the Berkshire track, it is Dettori.

Aside from riding all seven winners in September 1996, an historic moment known as the ‘magnificent seven’, he has notched 76 winners at the Royal meeting.

“If I have one more Royal Ascot winner, I’d love it to be for Her Majesty,” exclaimed Dettori.

“It is always a tremendous honour to ride for her. The thrill is always the same. There is enormous pride riding for her.

“It is her Jubilee this year – 70 years – and she is 96 this week (April 21), so it would be an absolute dream to win at Royal Ascot for her. Wouldn’t that be fantastic? I think everyone would love it!”

Saga carried the Queen’s colours three times as a juvenile and was full of promise on each occasion, finishing with a cosy win at Ascot in September.

John and Thady Gosden’s string has yet to be fully wound up this term and so it was no major surprise to see the Invincible Spirit colt beaten by the smart Maljoom on his seasonal bow at Kempton on Monday.

“Saga was my first ride for Her Majesty this year and while he got beaten, I think he will improve for the run. It was his first since September,” he added.

Though Saga is out to 40-1 for the Qipco 2000 Guineas, a Classic could still be on the radar for the Queen’s Reach For The Moon, who is as short as 10-1 for the Cazoo Derby.

“Reach For The Moon is a lovely horse,” said Dettori. “Unfortunately, he had a little setback but I think he is on his way back.

“He was second in the Champagne Stakes at Doncaster and almost gave Her Majesty a win in the Chesham at the Royal meeting last year. He won the Solario at Sandown last August and we think the world of him.”

At present Dettori’s goal sounds as quixotic as it is noble, something beyond fanciful and a perhaps a furlong or two beyond reason itself.

To most casual racegoers, Dettori is the fun-loving, always jocular jockey whose smile is as wide as the Mediterranean. He is the chipper Italian who leaps from his horses after big-race winners, which is a feat all the more remarkable at an age (51 and a quarter) when most creak when walking up a flight of stairs.

And there is very little we do not already know about Frankie ‘The Franchise’.

We know he comes alive in the spotlight. He may have lived in Flat racing’s HQ of Newmarket since arriving in England from his homeland, but it is the lush green strip of Berkshire turf which is his professional home and the Royal meeting, in particular, is the time and place for a clutch of Dettori’s command performances.

For now, we can continue to marvel at his competitive spirit, especially on his favourite stage, as we have done since he booted his first winner at Royal Ascot, aboard Markofdistinction in the Queen Anne Stakes almost 32 years ago. “Is it really that long ago?” he asks, with quasi-surprise, muttering a minor profanity at the very thought.

Yet what we don’t know is how long he will continue to defy Father Time, for Act III of Frankie Dettori has not unfolded as expected. After the raw, itinerant years of his youth and then the muscular super hero years, his skills and profile have not declined. Not one bit.

Still incredibly fit, there appears a subtle, yet noticeable change in Dettori’s demeanour this year. Having bunted any done-it-all-what’s-left weariness, he appears to be embracing the home run and hopes it will be bunting all the way in the Platinum Jubilee year.

Though he knows it is ticking, he is not finished punching the clock just yet.

“Jockeys have to put in the licence application and they ask how many years have you been riding,” said Dettori. “I write 35. It is ridiculous! Half of those boys in the weighing room were not even born 35 years ago.

“I went to the jockeys seminar last week and I only knew about 25 per cent of the people.

“The thing is, once you are in there, there is no age. It is a timeless place, the weighing room. We all talk the same language, and it is very hard to let go.

“At the moment, I am still enjoying it and John (Gosden) is great to me. He doesn’t make me go up and down the country and I enjoy it. I’m going to make the most of it.”

He might prefer home and hearth to the treacherous rockface of race riding, but he is not ready for the pipe, slippers and a few beers just yet. Though he could be tempted by the latter at least.

To celebrate the five-year-deal, the three-times champion jockey has been featured in a piece of art created by award-winning artist and art director, Clym Evernden, which will hang in the House of Peroni, located in the Village Enclosure at Royal Ascot.

“It’s been a lot of fun working with Peroni Nastro Azzurro and Clym on bringing a touch of Italy to a landmark of the British summer,” said Dettori. “Hopefully lots of fans can take the time in between the racing to go and see the piece of art.”

Whatever Dettori’s future, his legacy will need more than a wall to hang his achievements upon. Rather, a whole new wing will need to be built in the Racing Hall of Fame, for few sportsmen transcend their sport like him.

Attendance, visibility of the sport – Dettori doesn’t so much affect the brand, he makes the brand. There is no other guy in racing who can do that. Yet.

There have been a few hang-ups and a few hangovers, of course. Dettori was banned for six months in 2012 for a failed drugs test.

Thankfully, in Britain, we have a happy knack of forgiving superstars their transgressions and if anyone is going to become racing’s pin-up after he has retired, Dettori sees last season’s champion Oisin Murphy as that man.

Following a 14-month ban, the Irishman cannot reapply for his licence until February 16, 2023, after admitting to a number of rule breaches at a British Horseracing Authority hearing earlier this year.

Dettori feels he will find redemption, however.

“The only outgoing person out there is Oisin,” he added. “There are many talented jockeys out there, but Oisin, he has that little bit of charisma, doesn’t he? He’ll be the face in the future.

“I would say, ‘take care, Oisin, and make the most of your year off’. The time will go quick and before you know it, he will be back riding out and looking forward to riding some very nice horses.

“It is unfortunate for him, but hopefully he is getting the help he needs and will be all the better for the year away.”

Although he would sooner be burned to a cinder by the sun than go quietly into the sunset, the sport will greatly miss Dettori when he’s gone.

He acknowledges the sport also needs its equine superstars and hopes three-times Gold Cup winner Stradivarius will be given a rousing reception should the eight-year-old bid to regain his crown.

“Enable was denied a farewell from the crowd because of Covid restrictions in 2020, but I’m sure when Strad gets to Ascot, it will be quite emotional for me, because to get to ride the same horse in five Gold Cups is unique,” said Dettori.

“It will be wonderful to give him a good farewell, because potentially, I’m sure it will be his last Ascot, but it could be his last race, too.

“Obviously Strad is the one I am most looking forward to, the most emotional ride no question.

“But it is only the beginning of the season. A lot can happen between now and Ascot.

“We are running a lot of three-year-olds at the moment, trying to find out if I have a Derby horse or if I’ve got an Oaks filly, so that is the main priority, and we will take each day as it comes.

“I still enjoy what I’m doing and will try to ride as many winners as I can, and hopefully we will be back at Royal Ascot and Her Majesty will have a winner or two. That would be great wouldn’t it,” he asks rhetorically. 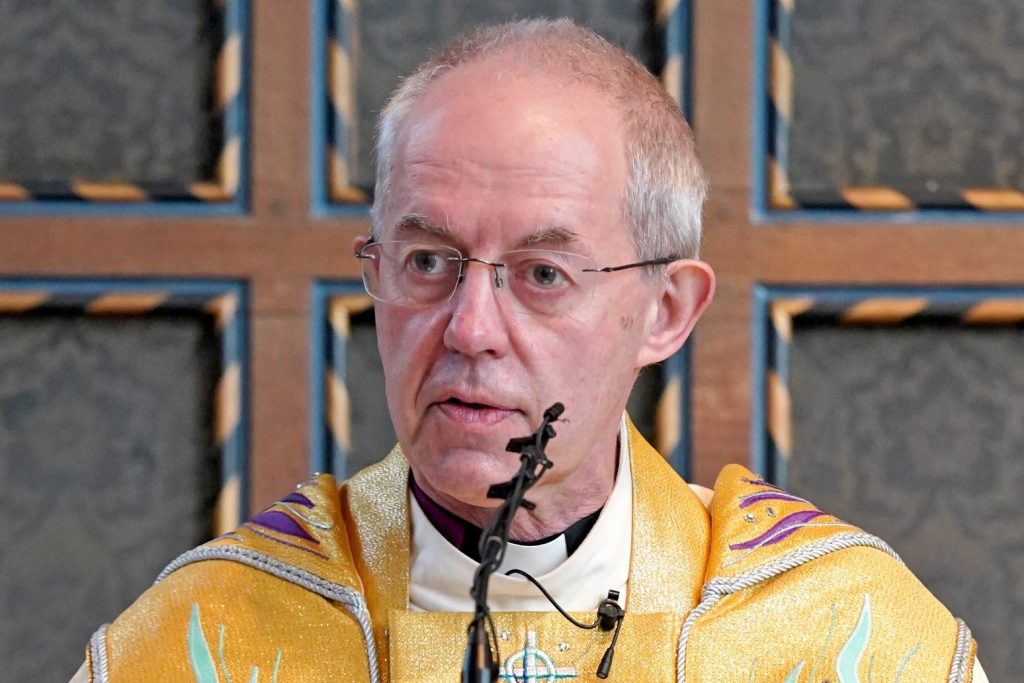 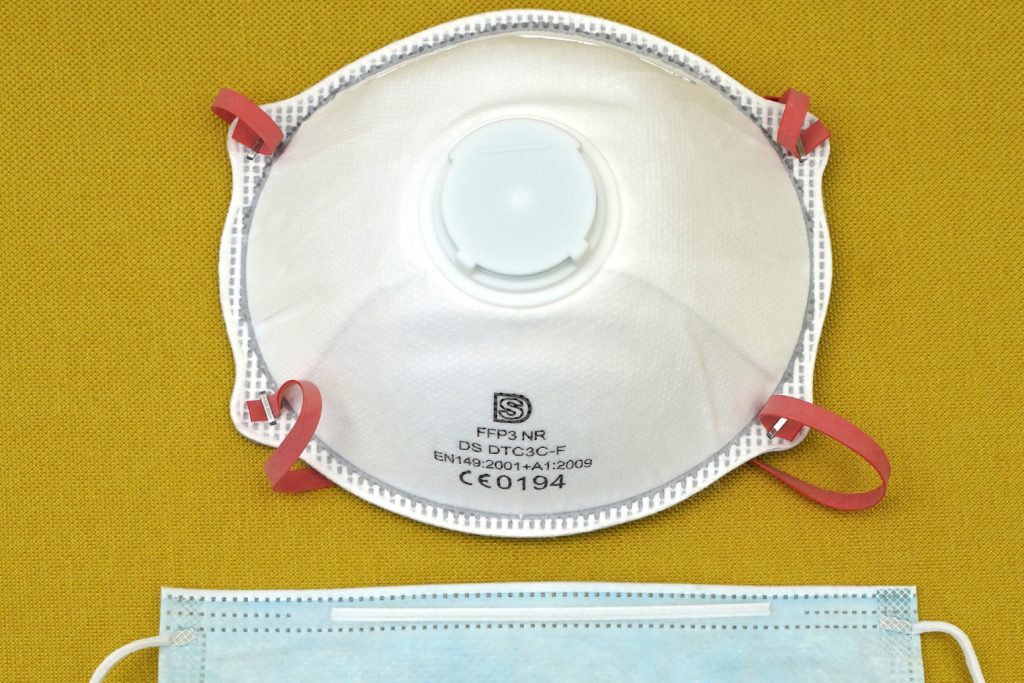