A British national has been killed in Ukraine and a second is missing.

The families of both British nationals are being supported, a spokesperson at the Foreign Office said.

No further details were given.

Sky News reported that the pair may have been volunteers fighting against Russian forces, but this has not been confirmed.

In a statement the Foreign Office said: “We can confirm that a British national has been killed in Ukraine and are supporting their family.”

On the missing person, the spokesperson said: “We are aware of a British national who is missing in Ukraine and are supporting their family. We are urgently seeking further information.”

A small number of serving British personnel are believed to have gone absent without leave to join the resistance against the Russian invasion, while veterans and Britons without combat experience are thought to have also travelled to Ukraine.

There was initially confusion on the Government’s position after Foreign Secretary Liz Truss, in comments during an interview to the BBC on February 26, said she would “absolutely” support UK nationals who chose to fight for Ukraine.

However, she later rowed back on those comments, insisting she had been “expressing support for the Ukrainian cause” in her remarks, and that there are “better ways” to contribute to the country’s defence.

Veterans minister Leo Docherty has previously written to armed forces charities to encourage those tempted to travel to the war zone to turn their efforts to helping the Ukrainian people from the UK.

Meanwhile, the latest Government figures show that around a fifth of Ukrainian refugees who have been issued with visas under the Homes for Ukraine scheme have arrived in the UK.

A total of 86,100 visas had been issued as of Wednesday under the Ukraine Family scheme and the Homes for Ukraine Sponsorship scheme, the Government said.

But, as of Monday, just 27,100 Ukrainians had arrived in the UK, according to figures from the Department for Levelling Up, Housing and Communities and the Home Office.

Overall, less than a third (31.4%) of those granted visas under both schemes have arrived in the UK.

There are multiple cases where families are unable to travel to the UK because not all family members have received their permission to travel letters or visas.

There has also been widespread concern about the length of time it has taken for visas to be issued to refugees under the Homes for Ukraine scheme.

A Government spokeswoman said: “We are processing thousands of visas a day – this shows the changes we made to streamline the service are working and we’ll continue to build on this success so we can speed up the process even further.”

Defence Secretary Ben Wallace has said Britain and its allies need to help prise Russian forces out of Ukraine like “a limpet off the rock”.

Mr Wallace said the UK would continue to supply weapons to the government in Kyiv and was looking at the options for providing anti-ship missiles.

The UK Ministry of Defence said despite the losses of the cruiser Moskva and the landing ship Saratov, Russia’s Black Sea Fleet retained the ability to strike targets in Ukraine.

In its latest intelligence assessment it said the Russian navy has around 20 vessels in the area, including submarines.

Mr Wallace said it was vital that Ukraine, as a major grain producer, continued to have access to the Black Sea as an outlet for its exports.

“We have said we will source and supply, if we can, anti-ship missiles,” he told Sky News.

“It’s incredibly important that the grain that affects us all, the food prices, does get to get out of Ukraine, that the Russians can’t control the Black Sea.”

In a keynote speech on Wednesday, Ms Truss said the objective should be to drive Russia out of “the whole of Ukraine”.

Mr Wallace said it had always been the position of the international community that Russia should withdraw from Ukrainian territory since President Vladimir Putin’s annexation of Crimea.

However, he said there was “a long way to go” before the Ukrainians were able to reclaim the land lost in 2014.

He said the Russians appeared to be preparing to dig in to the territory they seized in the east of the country in their latest invasion.

“We’ve constantly said that Russia should leave Ukraine sovereign territory so that hasn’t changed,” he said.

“I think it’s certainly the case that Putin, having failed in nearly all objectives, may seek to consolidate what he’s got, sort of fortify and dig in, as he did in 2014, and just be a sort of cancerous growth within the country of Ukraine and make it very hard for people to move them out of those fortified positions,” he said.

“So I think it’s really about, if we want this to not happen, we have to help Ukrainians effectively get the limpet off the rock and keep the momentum pushing them back.” 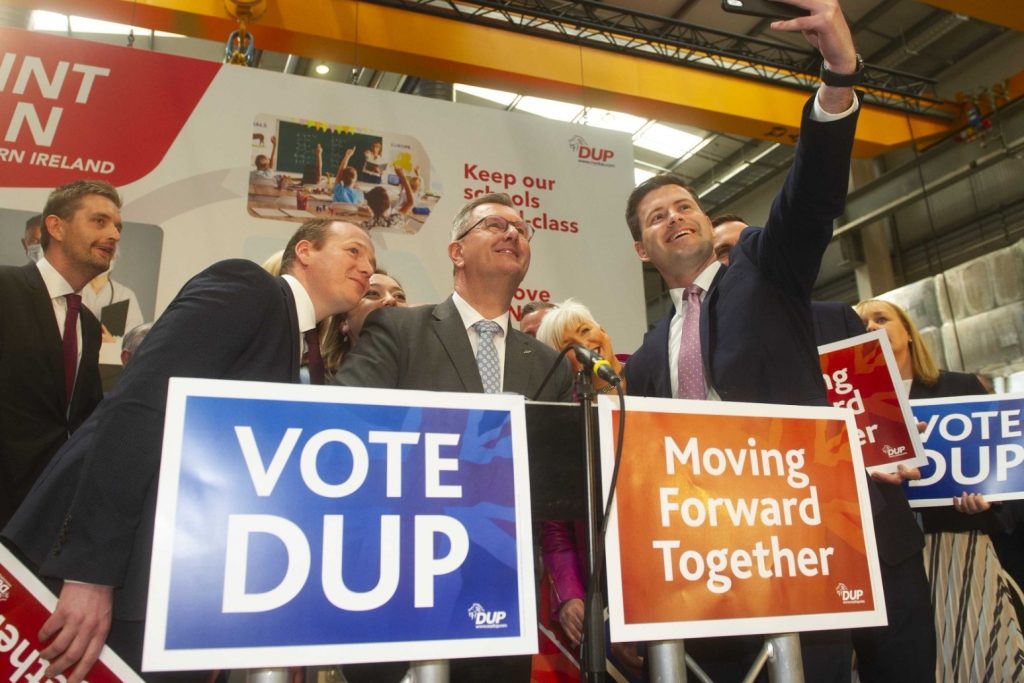