Michelle O’Neill has topped the poll for Sinn Fein in Mid-Ulster, becoming one of the first MLAs elected in what could be a historic Assembly election.

Both Sinn Fein and the Alliance Party are expected to have a good day, with Alliance leader Naomi Long topping the poll in East Belfast to be re-elected on the first count.

He said he was delighted with his party’s performance in Lagan Valley, adding that it was too early to comment on the overall picture to say what the final outcome might be.

“I think it is going to be very tight at the end as to who will emerge as the largest party,” he said.

“One of the key messages for me is that unionism simply can’t afford the divisions that exist.”

Ms O’Neill was surrounded by party colleagues and supporters as the result was announced in the Magherafelt count centre.

She received 10,845 first preference votes and the result was greeted by large cheers in the count centre.

Speaking to reporters shortly before her election was announced, Ms O’Neill said she was “very grateful” to be with the people of Mid-Ulster.

Asked about the possibility of her taking the first minister role, she said: “It is very early to say, let’s get all the votes counted.

She said that Sinn Fein wanted to “together work in partnership with others”.

“That is the only way we will achieve much, much more for people here, whether in terms of the cost-of-living crisis or trying to fix our health service.”

Ms Long, speaking in Belfast, dedicated her victory to her father-in-law.

“It’s been quite an emotional election campaign for me. I lost my father-in-law in the last few weeks, and we buried him yesterday.

“I just want to dedicate this win to him, because without family I could not do what I do, and without their support I would not be where I am.

“I am just absolutely thrilled that I’ve polled so well and I really look forward to later on today and seeing all my colleagues bringing it home.”

The first MLA elected to the Stormont Assembly declared an Alliance Party surge.

Kellie Armstrong was elected for the Strangford constituency on the first stage of the count with 7,015 votes.

Congratulated by Alliance leader Naomi Long, Ms Armstrong said it was the start of a surge for the party in the Assembly elections.

“I’m not going to say a tidal wave at this moment in time, because we’ve a long time to go yet, but it’s amazing and it’s being shown in the vote today.”

The overall average turnout at the last Northern Ireland-wide Assembly election in 2017 was 64.8%.

Counting is set to continue into the early hours of Saturday.

Speaking to the PA news agency shortly before being elected in Newry and Armagh, outgoing finance minister Conor Murphy rubbished the SDLP suggestion that voters had lent support to Sinn Fein.

“I heard that script in the 1990s about votes being lent,” he said.

“The reality is that people go out and make a choice at the ballot.

“Sinn Fein presented a very positive campaign about what we have done in the Executive and the Assembly and what we want to do.”

Ulster Unionist Robin Swann, who was Northern Ireland’s health minister during the Covid-19 pandemic, was elected after he topped the poll in his North Antrim constituency.

In North Down, independent candidate Alex Easton, who quit the DUP last year, topped the poll.

Some 239 candidates stood across 18 constituencies.

Striking council and education workers staged demonstrations outside a number of the count centres as part of their two-week strike over a rejected pay offer.

Outside the Titanic Exhibition Centre, Belfast City Council worker and Unite shop steward John Moore said they want politicians to take note that “this isn’t going to stop until people come to the table and talk to us”.

“We were offered a 1.75% pay rise after nearly 12 years of pay cuts and pay freezes, and that 1.75% is just another pay cut, people have to meet their household bills, pay for food and energy, and they just can’t do it,” he said.

The DUP and Sinn Fein are vying for top spot at Stormont, which comes with the entitlement to nominate the next first minister.

A unionist party has always taken the most seats in the Assembly, and previously the Stormont Parliament, since the formation of the state in 1921.

While the office of the first and deputy first minister is an equal one with joint power, the allocation of the titles is regarded as symbolically important.

The Northern Ireland Protocol has cast a long shadow over the election campaign, following the resignation of first minister Paul Givan in February in an effort to force the UK Government to act over the post-Brexit trading arrangements.

This action left the Executive unable to fully function.

While ministers remained in post, they were restricted in the actions they could take.

Unionists object to the additional checks on goods arriving in Northern Ireland from Great Britain as a border in the Irish Sea.

SDLP leader Colum Eastwood appeared to play down expectations for his party as he arrived at Magherafelt.

He said that voters may have “lent” their vote to Sinn Fein.

“It’s going to be a long day and maybe a long night as well,” he told the PA news agency. “I think there has been a big vote for Sinn Fein on the nationalist side.

“People decided to send a very clear message that nationalists should not be locked out of the first minister position. I understand that motivation and I think a lot of people have lent Sinn Fein their vote.”

But Mr Eastwood said votes were still being counted.

“It is going to be tough for us, because so many people have wanted to send a message to the DUP that nationalists shouldn’t be locked out of the top position,” he said.

Speaking during a visit to a school in his constituency of Uxbridge and South Ruislip, he was asked by reporters about the possibility of a majority of people in Northern Ireland voting for parties that support the current trading arrangements with the EU, and if he will work with those parties to make the Northern Ireland Protocol work.

Mr Johnson said: “The most important thing is that we continue to support the balance of the Good Friday Agreement across all communities in Northern Ireland. That’s what we’re going to do.

“But as for the rest, we’ll have to wait and see what the results are in Northern Ireland.”

DUP MP Sammy Wilson warned earlier that his party would not re-enter the Executive without Government action over the protocol.

He told the BBC: “I’ll tell you one thing, if there’s no legislation in the Queen’s Speech and no plans to deal with the protocol then we’ve made it very clear the assembly can’t function if the poison of the protocol is still there.”

He said: “I believe the DUP during the campaign outlined a five-point plan as to how they were going to grow our economy, fix our health service and help working families.

Five Assembly seats are up for grabs in each of the 18 constituencies.

The DUP won 28 seats at the last Assembly elections in 2017, just ahead of Sinn Fein which returned 27 MLAs.

Next was the SDLP with 12 seats, the Ulster Unionist Party with 10 seats, Alliance with eight seats, the Green Party with two seats, while People Before Profit and the TUV had one MLA each.

This year, the DUP has been regarded as playing it safe, running 30 candidates, while Sinn Fein is running 34.

There are 24 independent candidates. 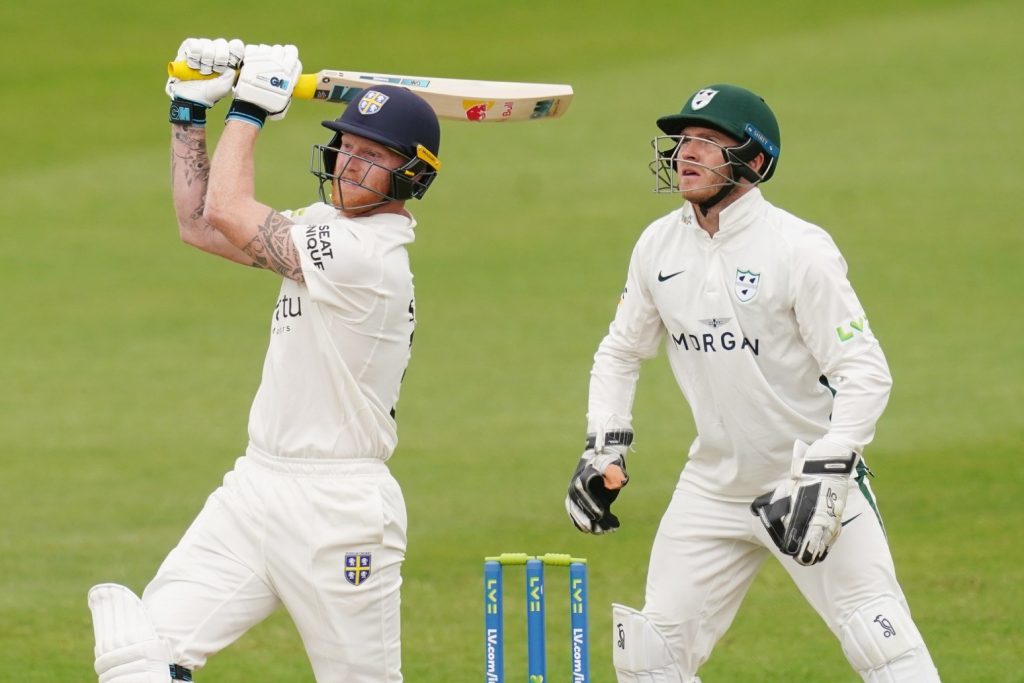 First glimpse of setting for BBCs Party at the Palace unveiled 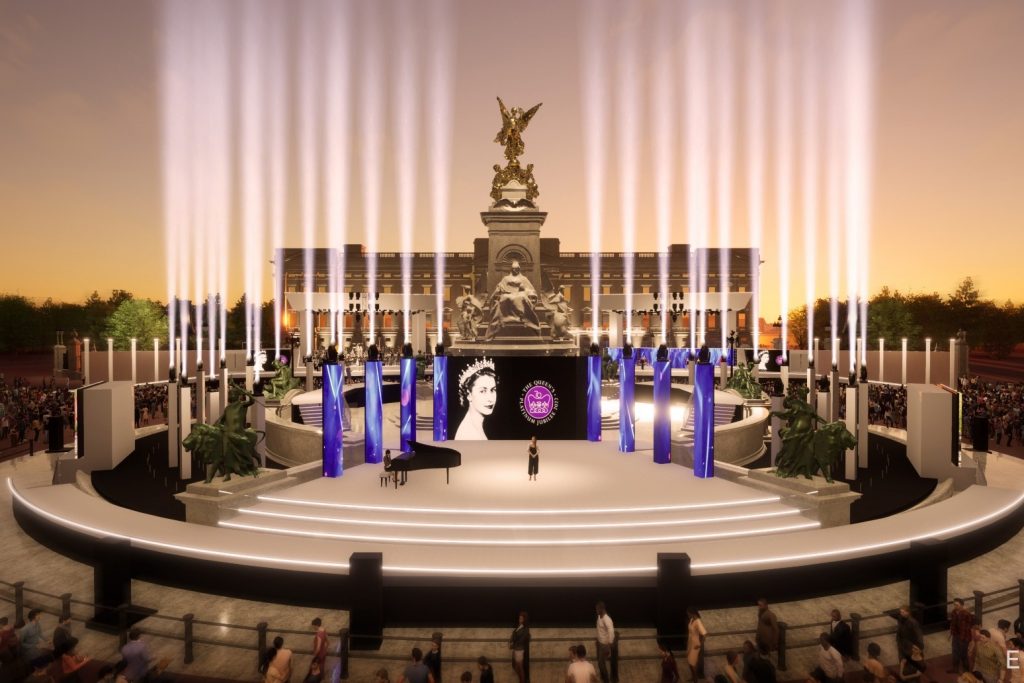