It’s a Sin, written by Queer As Folk and Doctor Who screenwriter Russell T Davies, has received seven nominations at this year’s Bafta TV awards.

The show’s seven nominations in the television awards categories include a leading actor nomination for singer Olly Alexander for his role as Ritchie Tozer, as well as multiple nominees in the supporting actor category.

Here’s everything you need to know about Channel 4’s hard-hitting drama series.

The series follows a group of gay men and their friends living in London as they navigate the UK’s HIV/Aids crisis throughout the 80s and early 90s.

Lead by the show’s protagonist, Ritchie Tozer, the group live together in a London flat, nicknamed the Pink Palace, where they are determined to live freely despite the growing threat of HIV.

The show’s lead, Tozer, is played by Years And Years singer Alexander, with his parents, Clive and Valerie played by Shaun Dooley and Keeley Hawes.

Lydia West plays Jill Baxter, the friendship group’s matriarchal figure who takes care of a number of young men after they are diagnosed with HIV.

After the show’s release, It’s A Sin creator Davies explained he had ensured every gay character had been cast with a gay actor.

Along with an array of breakout stars, the series also features a number of famous faces including Stephen Fry as Arthur Garrison, Neil Patrick Harris as Henry Coltrane and Tracy-Ann Oberman as Carol Carter.

– Which cast members are nominated for a Bafta?

Alexander is in the running for the leading actor award.

His on-screen best friend West, meanwhile, received a nomination in the leading actress category, which will see her go up against industry heavyweights including Kate Winslet for Mare Of Easttown and Jodie Comer for Channel 4 drama Help.

Scott Howells, Carlyle and Douglas have all been nominated in the supporting actor category, resulting in It’s A Sin stars securing three out of the six possible nominations.

The emotional scene in which viewers see Morris-Jones’ Aids diagnosis is nominated for the Must-See Moment award – the only Bafta award voted for by the British public.

The show has also received a nomination in the mini-series category.

– Who is the show’s creator Russell T Davies?

The Welsh screenwriter and television presenter initially gained recognition for his Channel 4 series Queer As Folk.

The show, which first aired in 1999, followed the daily lives of three gay friends living in Manchester.

Davies later became known for his work on the 2005 revival of the BBC’s Doctor Who. He was the chief writer and executive producer on the popular science fiction show until stepping down in 2009.

In September last year, the BBC announced that Davies would be returning as programme showrunner for the show’s 60th anniversary in 2023 and subsequent series.

– Was the show a success?

It’s A Sin was a ratings success for Channel 4, with the show’s first episode watched by 1.6 million live viewers, according to the broadcaster.

In March 2021, less than two months after the show first aired, Channel 4 revealed the series had amassed 18.9 million views on the broadcaster’s catch-up site All 4, becoming the streaming service’s most binged box set to date.

The show was also responsible for a wider societal impact, and helped raise awareness of HIV/Aids.

HIV charity The Terrence Higgins Trust reported that more than 8,000 HIV tests were ordered in a single day after the show aired. Prior to this, the charity said their record had been 2,709.

The Bafta TV awards will air live from London’s Royal Festival Hall on BBC One on May 8 at 6pm. 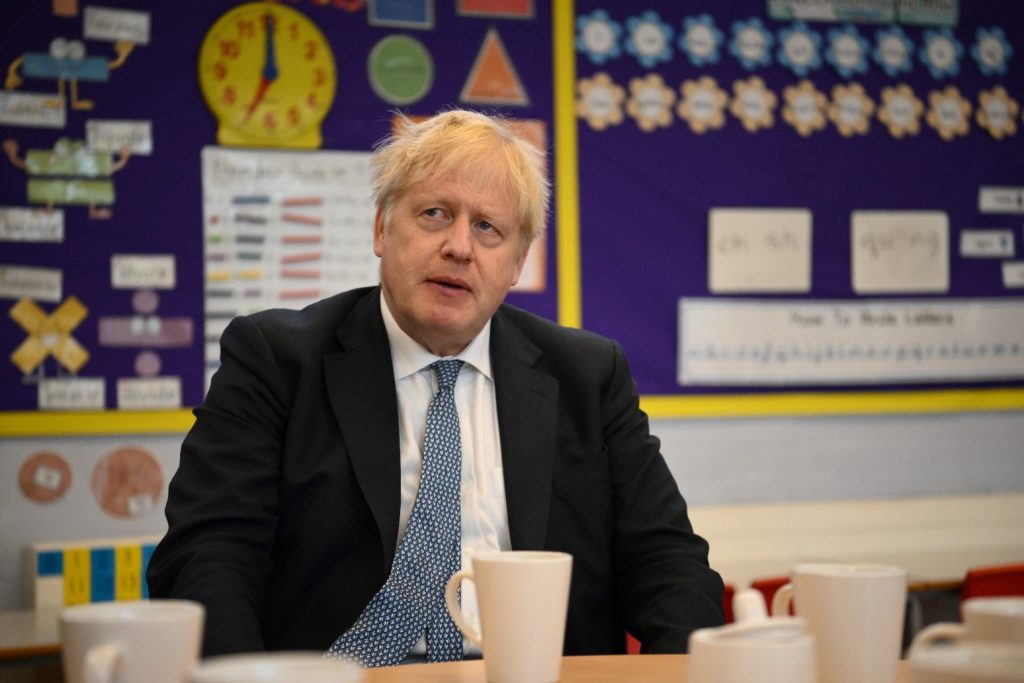