More than 150 UK flights were cancelled on Wednesday

More than 150 UK flights were cancelled on Wednesday and passengers who could travel were forced to wait in long queues at airports.

EasyJet cancelled at least 31 flights at Gatwick, including to destinations such as Bologna, Italy; Barcelona, Spain; Prague, Czech Republic; Krakow, Poland; and Edinburgh.

British Airways axed 124 short-haul flights at Heathrow, but the airline says passengers were given advance notice.

Tui Airways is continuing to cancel six daily flights at Manchester Airport, which represents a quarter of its schedule.

One easyJet passenger tweeted a photograph from Manchester Airport at 4am showing a long queue of people in a car park outside Terminal 1.

He described the situation as “carnage”, adding: “Took two hours 45 minutes to get through – most of that was bag drop. Now on the aircraft, but due to shortage of ground crew, there’s going to be another delay of approximately 50 minutes.”

Another easyJet passenger said they had to wait for two hours and 40 minutes to receive their luggage after landing at Gatwick Airport shortly before 3am.

He said this was “simply not good enough”.

Aviation data firm Cirium said 377 flights from UK airports were cancelled in the seven days up to and including Tuesday.

Some 10,794 flights are scheduled to depart from UK airports between Thursday and Sunday.

Airline passengers have been hit by disruption for several months, with the situation worsening this week due to the rise in demand sparked by the half-term school holiday and the four-day Platinum Jubilee weekend.

The aviation industry is suffering from staff shortages after letting thousands of people go during the coronavirus pandemic.

They are now struggling to recruit new workers and have their security checks processed.

He went on: “This must not happen again and all efforts should be directed at there being no repeat of this over the summer.”

Mr Shapps has demanded a meeting with airports, airlines and ground handlers to “find out what’s gone wrong and how they are planning to end the current run of cancellations and delays”.

Deputy prime minister Dominic Raab accused airlines of a “lack of preparation” ahead of the holiday surge.

He told Sky News: “I don’t think the airline operators have done the recruitment that they should have done.”

In a letter to Mr Shapps, she called for a series of measures such as accelerating security checks for new airport staff and working with the aviation sector to tackle “chronic low pay”.

She said: “Passengers and our world-class businesses are demanding action. It’s time for the Government to take their fingers out of their ears and take practical steps.”

The Liberal Democrats called for the Army to establish and run a “command centre” to “sort out airports, keep roads moving and get ports unblocked”.

All remaining coronavirus rules for people entering the UK were lifted on March 18.

Airlines UK, the industry body representing UK-registered carriers, said the aviation industry did not know when restrictions would be completely removed or how much flying would be possible this summer.

It added that “the vast majority of the many tens of thousands of UK-departing flights a week” are operating as scheduled.

Consumer group Which? has warned that the “blame game” over flight disruption is “no help” to passengers.

Unite general secretary Sharon Graham said: “The UK’s airports are in crisis because thousands of jobs have been slashed and working conditions attacked.

“Our money was handed over to firms without any strings attached. Literally hundreds of millions went to the aviation sector during the pandemic, and instead of bringing stability those firms have brought us chaos.

“They did not protect jobs, many just used public money to prop up their share price or to pay for ‘fire and rehire’ to hammer pay and conditions. That is why we are where we are.

“It’s time for public money to have a hard-wire link to jobs. No more handouts without responsibilities. Taxpayers do not pay firms to sack their workers and cut their pay and conditions.” 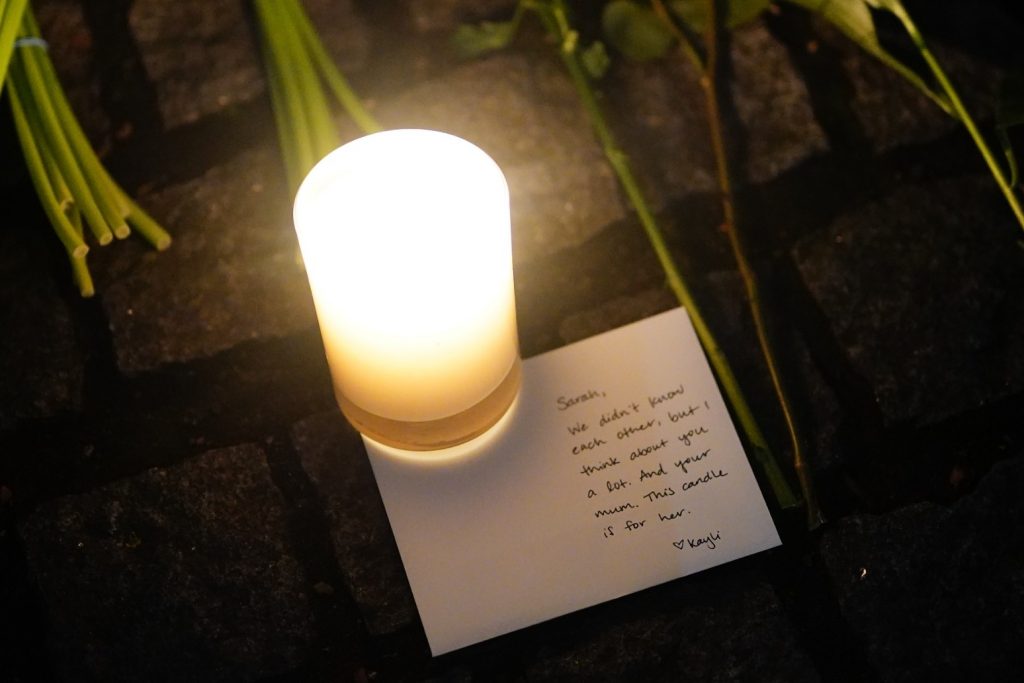